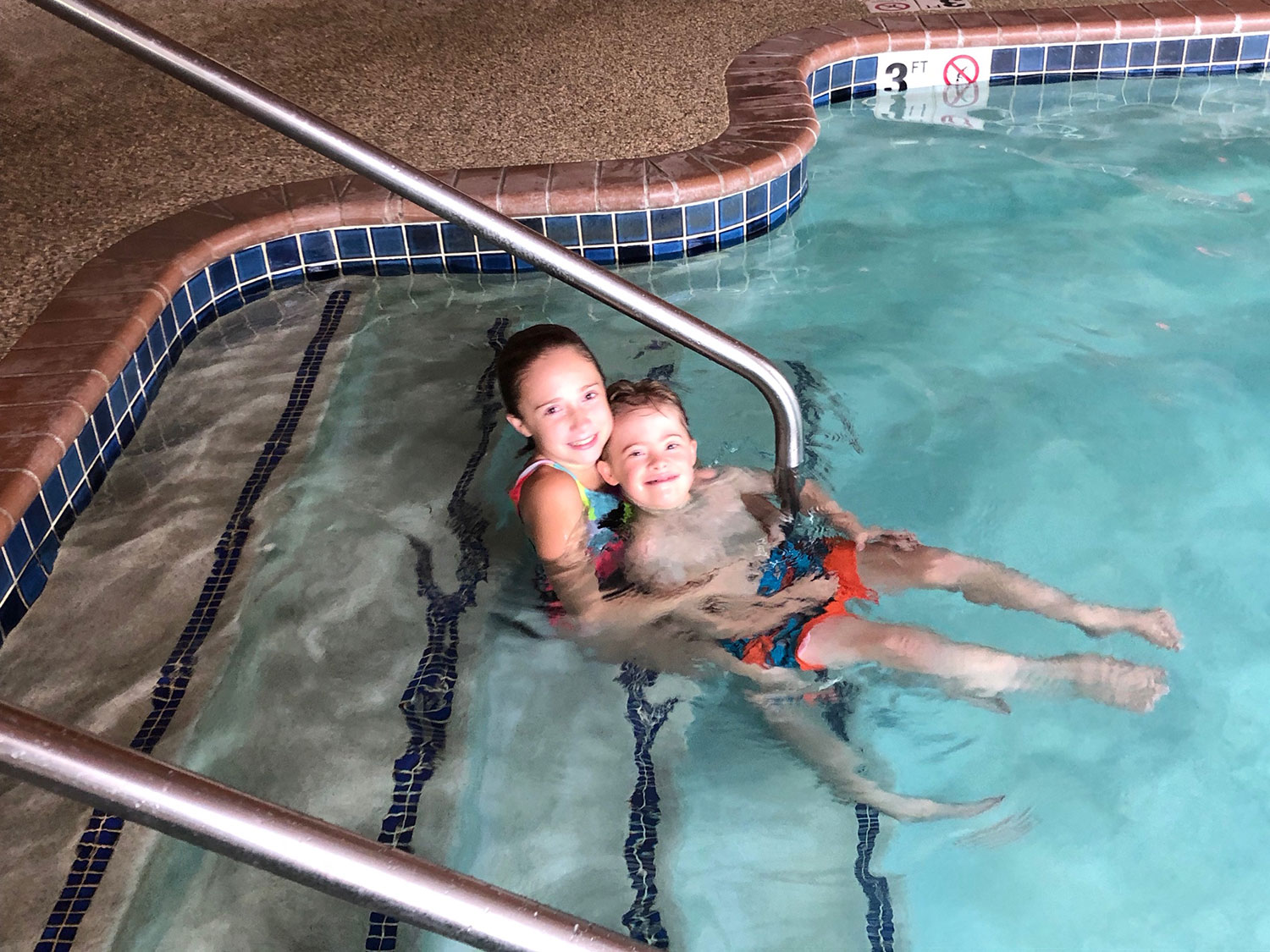 After hip surgery, 6 year old Leo was in cast for 5 weeks. The cast covered him from his upper back to the tips of his toes. His legs were in a spread-eagle position and when he finally got the cast off, his muscles were very weak and his joints very stiff. His official recovery regimen included physical therapy both in and out of water, and this helped, but it wasn’t enough (twice per week, one in water and one out was what the doctors prescribed); it was, rather, the informal aquatic therapy (taking him to our local Americinn to let him splash around) that resulted in his beating all expectations for speed of recovery. It was such a simple idea and it payed off in reducing his recovery time from the estimated 6 months to more like 2. We were beyond grateful that we had stumbled into the knowledge that we could take him swimming at our local Americinn for merely $3. We had no idea that we could do this. Most people don’t. In fact, most hotels aren’t yet on board but they should be. More people i know about and have the opportunity to utilize these pools that lie empty, especially for aquatic therapy.

Again, we are so grateful that we found this outlet for Leo. When he got his cast off, he didn’t want to even try to walk. This is very common. And the road ahead looked very daunting. But when he got in that water, suddenly he was his old self again. And stretching and moving his legs like he hadn’t in a really long time. From that point on his recovery was so simple. And so fun! My wish is that everyone who needs aquatic therapy can find it like we did. “Paul Dunkirk”

Get the Latest News, Events, and Info!